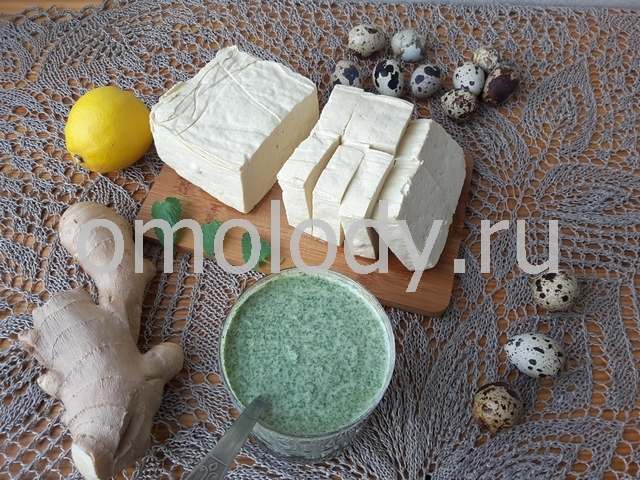 Russian ancient Pskov city. Location and resources. Pskov is very ancient town. It was first mentioned in chronicles in 903. Olga, the first Russian Christian woman and a wise governor of Russia founded it.

Pskov - one of Russia's oldest and most beautiful cities, it boasts one of the greatest number of extant historical monuments - over 300. The earliest go back to the 12 th century, the latest to the early 20 th. There is a natural combination of ancient monuments (fortified walls with towers, churches and monasteries, and merchant's chambers) and modern buildings.

It was the strongest fortress on the western border of Russia. Pskov's historical destiny as a warrior intercessor was reflected in its monuments, especially its architecture, an extraordinary, permanent, genuinely popular epic in stone. Those, who once upon a time came to Pskov bringing war and devastation, saw the invincible might of the fortress walls, the unshakable strenghth of Pskov churches.
This fortress stands on a long, rocky promontory between the Pskova and Velikaya rivers.

By the end of the 17 - the beginning of the 18 centuries the Pskov school of architecture has lost completely its individual style.

Pskov suffered greatly during the Second World War. On July 9, 1941, it was occupied by German forces and largely destroyed. Pskov was liberated only on July 23, 1944.
Many great sons and daughters of Russia lived and worked in this part of the country.

Famous Russian's poet Pushkin wrote a cycle of poems in the Pskov province. Alexander Pushkin lived in the village of Mihailowskoye. The masterpieces of poetry and prose he created there have enriched the treasure-chest of world literature.

The wonderful estates of Trigorskoye and Petrovskoye were a source of delight and wonder for the poet. At Mikhailovskoye Pushkin wrote over 100 works including the country chapters of his major novel Eugene Onegin, the drama Boris Godunov, the lyrical poem A Magic Moment I remember... The famous poet is buried by the walls of Svyatye Gory Monastery. The place now is called Pushkinskiye Gory, or Pushkin Mountains, and includes a number of estates around, monastery and museums. Here, everything is devoted to the life of Aleksander Pushkin, his re-latives and friends.

Aleksander Sergeevich Pushkin was born in Moscow on May 26, 1799 (Old Calendar). In 1811, he entered the Imperial Lyceum (Tsarskoe Selo), where he received the best education available in Russia at the time. After graduating from the Lyceum, he was given a sinecure in the Collegium of Foreign Affairs in Petersburg.
He reflected liberal views in 'revolutionary' poems, his ode Freedom, The Village, and a number of poems on Aleksander I and his minister Arakcheev. At the same time he was working on his first large-scale work, Ruslan and Liudmila. In 1820-6, Pushkin was exiled from the capital cities because of the Emperor's dissatisfaction with his conduct and poetry.

In 1836, he finished the historical novel The Captain's Daughter and the travelogue parody Journey to Arzrum. In 1837, the poet died in a duel with d'Anthes, his rival and enemy. He was buried beside his mother at Svyatye Gory Monastery, near Mikhaylovskoe.

Two great Russian composers, connected with music and friendship, lived and worked in Pskov region.
The village of Karevo is the birthplace of the composer Modest Mussorgsky (1839-1881). Not far away from Karevo in the village of Naumovo there was an estate of his mother's parents. The creator of "Boris Godunov" and "Khovanshchina" believed that the impressions he drew from the local folk songs, tales and sayings nourished his music. Mussorgsky is appreciated as the first composer who introduced the impersonation of the people's character to the world of music at large.
Another Russian composer, Nikolai Rimsky-Korsakov, lived in a picturesque place called Wechasha, he wrote eight of his operas there, including "Sadko", "The Tsar's Bride", "The Tale of Tsar Sultan" and "The Tale of the Invisible Town of Kitezh". This is what the composer used to say: "In my works. I am a worshipper of nature." Rimsky-Korsakov died on his Lyubensk estate by his favorite Pesno Lake. The Rimsky-Korsakov museum is opened at the Lyubensk-Vechasha reserve (13 km from Plyussa). The Naumovo estate is now the Mussorgsky museum. (not far away from VelikiyeLuki city).

Outstanding mathematician Sophia Kowalevskaya, was born in the village of Polibino, She was the first Russian woman to become an academician.

There are many churches in Pskov. You can visit Kremlin with beautiful Trinity Cathedral, 17th century. There you can see 7 tier iconostasis. We have very ancient Mirozhsky Monastery of the 12th century. The world famous frescoes 12 century of its Cathedral of the Transfiguration occupy an important place in the history of Russian and world culture. One can visit Museum of History and Fine Arts Pogankin Chambers. There are "Icons", "Picture Gallery", "Silver", "Armory" departments in the museum. There are two professional theatres in Pskov - Pushkin Drama Theatre and Puppet Theatre. Our Theatres: fun and pleasure for all who stay young at heart.

The picturesque nature, plenty of forests, rivers, lakes create the perfect conditions for rest. Walk and fill your lungs with fresh air, enjoy the green silence and grand views. Enjoy a romantic sunsets that touch your soul. Imagine being able to concentrate on revitalizing the passions of what's truly important to you. Under Izborsk's fortress (9 century) there still flow springs, called "the Slavensky springs". It is wonderful springs of Youth, a Love and Beauty. Spring flow into the Goroditschenskoe Lake, there are live beautiful swans with their children.

Outdoors, Izborsk's beauty and diversity offer fun for every season. There are still ancient caves in the Pechorsky ancient Monastery. There is exciting excursions available to make your vacation something you will never forget.
Just call us and we will fill you in on our excellent rates and services for meetings, tours, excursions.

The limestone in the Pskov area is a traditional material. In ancient times they used to build churches and fortress walls of limestone. At present the limestone is widely employed in the restoration of architectural monuments as well as in the production of road metal and construction lime.

The clay is available for making ceramic goods, drain pipes and sewers, acidproof and heatproof articles and decorative tiles.

Gypsum is used for the production of medical gypsum and plaster of Paris.

Clear homogeneous quartz sand is used for the production if silicate bricks and laying and plastering mortars.

In the Pskov region forests occupy 1,8 m hectares, that is 37 % cent of the territory. Territory of the Pskov region possesses significant recreational resources. The Pskov region is often called the land of lakes, there are over 3000 lakes on the territory. 37% of the area is occupied by forests abundant in berries and mushrooms, there are vast hunting grounds there.
Unique places of Sebezhsky national park, lake area Blue Lakes in the Nevel district, Khilovo sanatorium and its healing mineral water and therapeutic muds, ecological cleanness and charming beauty of nature, all this provides favourable conditions for ecotourism and it might attract a significant number of tourists.
A great amount of cultural and sport events held on the territory of the region may become the ground for organization of large festivals that can attract attention, and, as a consequence, tourists funds in the foreign market.

The total area of the Pskov region is about 55 300 sq. km., it is larger than that of Denmark or Switzerland.

The Pskov Region is divided into twenty four administrative districts, each governed by its own administration. Pskov city is the regional center of economic and cultural activities. It has a similar role to that of a state capital in the U.S. Pskov has population of 210 000 people. The distant to the Pskov is 4 hours from the cities of St. Petersburg and Tallinn (Estonia), and 12 hours (by train) from Moscow. The city has an airport, river port, railroad and a bus station. Pskov is one from the oldest cities in Russia.
Pskov has celebrated its 1 100 year anniversary in 2003. 24 July, was - "St. Olga's Day" and Holy Liturgy in the Trinity Cathedral.
22 July, 2003 - "Day of Military Glory" was "Crossing" military and Performance on the Velikaya river. Re- enactment of the Battle of the Liberation of Pskov.

Pskov city - the center of the Pskov region.

Pskov is very ancient Russian city. Location: Pskov lies in the north - west of Russia, on the border with Estonia, between St. Petersburg, (Pskov is 280 km far away from St. Petersburg) and Riga (Latvian).
You can visit Kremlin, ancient fortresses and monasteries. Pskov, although a small city, has a rich cultural heritage, which is evident from the vast number of ancient monuments and merchnt's chambers, monasteries, churches and forts around Pskov. It is very ancient city.

Russia is a unique "giant planet" where two cultures - Eastern and Western - meet each other. The richest heritage of the old Russia continues to charm and surprise, while its great future potential has not yet been fully realized.

The purpose of this publication is to help you discover and appreciate our cultural treasures.

The area of the Pskov region is larger than Denmark, Netherlands, Switzerland, Armenia or Estonia. The length of the borders on the countries of the Commonwealth of Independent States and the Baltic Republics is 790 km.
Mineral and natural resources.
On the territory of the region there are large peat deposits, limestone for construction and cement, refractory and fusible clays, gypsum, construction, molding and glass sand, limestone tuf and supropels.